Why is Nigeria Creating its Own Cryptocurrency?

I just read now that 1 dollar is now, 410 Naira officially all the way from 393 and from 485 to 495 on the black market. Almost 500 Naira to a dollar whew. The Governor of the Central Bank of Nigeria in an article according to Nairametrics is said to have stated that Nigeria will have its own Digital Currency. The statement reads We are committed to the CBN and I can assure everybody that Digital Currency will come to life even in Nigeria Does this mean that Nigeria will have its own coin, NGNT, Nigerian Naira Tetherhmmm I wonder where we’ve heard that one before.

But what do you think, would you use a coin issued by the Central Bank of Nigeria, drop a comment below.

I’m also going to talk about the new Dollar Limit in this video and of course, the new Naira rate as well. How’s it going guys, its Fisayo here and welcome to another Finance Friday episode, that’s coming not on a Friday this time. If you’re new, welcome if you’re returning, welcome back. Please hit that like button so more people can see the analysis were about to share here and of course, if this video is useful to you at all, just tap that like button.

Without further ado, let’s jump right into the video.

Okay, first things first, Is Nigeria going to be issuing a digital currency of its own. That is a huge deal if that goes through. One major country that is testing the waters in China. The idea of the Chinese digital currency is that it’s issued by their Central Bank. The major thing this will create is that China now has the ability to monitor the economy to a tee and, well you guessed it, monitor the people.

This is everything that Bitcoin stands against. It’s however not shocking to many analysts because of what is usually termed the Great Digital Firewall of China. Western Social Media apps like Twitter and many others don’t work there and to reroute it and use is even illegal. They have their own version of most services so it only makes sense that they went this route. Its also fascinating that China has according to unofficial statistics, about 70% of the virtual currency mining space or crypto mining.

This is also why the prices of these currencies shift drastically when something happens in China like bitcoin bans or mining crackdowns and of. Course Elon Musk. This even makes the volatility that cryptocurrencies have even more.

Nigeria famously banned bitcoin, I’ve mentioned it countless times in the series and I made a 2-part video about it which I’ll link below. Now, just slightly over 2 months later, we see that the Central Bank is saying that Nigeria should have a digital currency of its own.

I took to Twitter to ask what you guys thought and the feedback was quite interesting. The majority of the people mentioned that they wouldn’t want that especially considering they could be tracked and some people think that it would help since we can trace nearly all transactions. We can even trace government transactions but while that seems like a good thing, we don’t know for sure that this Digital overhaul is possible especially considering the statistics of people in the country that is banked or the number of active bank accounts in Nigeria being as much as 111 million.

The statistics even looks a little more out of place for a digital currency happening in Nigeria when you consider that again, only 40% of the Nigeria population can access the internet via a mobile phone, and let’s not even talk about proper smartphone penetration in Nigeria or how many people have access or would willingly be open up to a system like this. The implications for a digital currency in Nigeria can seriously help the Nigerian economy in a way that there’s transparency but the adverse effect or the disadvantage can come from the very top if it’s heavily centralized and people are penalized for using money.

It will be very easy for the central bank to block a person’s account that it doesn’t like. Also if the central bank is issuing digital currencies or better still if one entity is issuing it and it can go from there directly to the customer, the role of commercial banks might be affected but that’s an extreme case. Speaking of extreme cases, it could also widen the gap between rich and poor, good old inequality and at the same time it could have serious effects on the exchange rate and there would be crazier pump and dump schemes.

But I want to know what your thoughts are about the whole thing guys, let me know just leave a comment below if you think you’d love a Digital Naira and also if it even makes sense to consider. 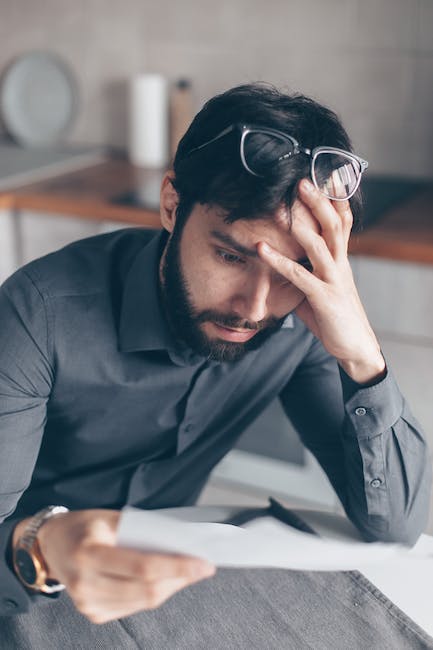 If you’re finding this video useful so far, alike would really be appreciated as well. Speaking of the exchange rate. The Naira is now officially 410 Naira to $1, it was 393 before, and now, food prices have skyrocketed like crazy in Nigeria, restaurants have added 100 to as much as 500 Naira on almost every single food item. I bought one tiny piece of meat for 500 Naira.

A dollar pretty much. *Face Palm* Hey guys, it’s Fisayo here andOn a much lighter note. One of the leading banks in Nigeria, First Bank has launched its new website. I’m a designer and I thought it would only make sense to share. It actually looks visually appealing both on mobile and even on the web.

I’m on the go a lot, I frequently use my phone and the experience with the website is more modern and super easy on the eyes with different micro-interactions here and there.

You can, of course, log in and do your online banking, and the new website even lets you browse in your own preferred language and you can see a drop-down regardless of the platform. Whether it’s personal banking, business banking, and even private banking, all the functionality is right at your fingertips and easy to access. Do check out the new website displayed right here or with the link in the description of this video. Also, drop a comment below if you’re a first bank user.

I’d love to know what your thought are. Thank you for watching, I’ll see you at the next one. Alright back to the video. If you’ve been following my Finance Friday series, you would see that I’ve covered inflation in Nigeria and how we got to this point where now we’re almost at 500 Naira to 1 dollar. It’s a good watch and I recommend you check out that video, I also talked about some things you can do to stay on top of saving and investing considering how everything seems to be shifting.

One of the things I recommended a lot to people who were considering saving in a currency like a dollar or pounds for instance was to open a domiciliary account. A domiciliary account is basically an account of a foreign currency that exists or is domiciled in your home country. So you can walk into a bank that you have an existing account with, open a dollar, pounds, or euro account. What you’ll need are 2 references who also have current accounts in other banks or better still the same bank? There are many functions of an account like that and one thing it can help you with is if you want to pay school fees for instance, or if you travel and you want to use a card that is dollar-based and not has to worry about the currency rate.

The CBN silently has put out a policy that you cannot deposit more than $5,000 to your own domiciliary bank account in a month over the counter. Why? The main reason according to analysts for this move is that it would help the Naira currency so that people that are speculating on the dollar and putting pressure on the Naira would stop.

You see right now in Nigeria, there are 2 markets for our currency. There’s the bank rate at 410 and the parallel market aka black market rate at 495.

This means there’s a huge 80 Naira gap in between. So for instance, if someone got a dollar, let’s say 1,000 dollars at 410,000 at the bank and they want to change it to Naira at the black market, they sell at 495,000 making a total of 80,000 of course this is next to impossible because banks don’t give ordinary people at that anyway.

It’s reserved for school fees, travelers, and the likes and there’s even a limit to how much you can get for travelers I believe it’s $4,000. Although not many people use Domiciliary accounts, the few who do have complained that it’s hindering a lot and it is because to imagine if you’re a small business and you have to buy somethings abroad. The Naira cards already have little hope because the limit is $100 per month so you can’t do anything, now the limit for your dollar is $5,000 to even deposit to your account to pay and you would have to wait for a whole month before that limit expires.

It would definitely hinder someone like that however, it’s a policy, and in the long run, it’s generally for the benefit of the entire economy. But again Id loves to know your thoughts on this. Do you have a domiciliary account? Are you bothered by the $5,000 limit or do you think it’s a good thing that they’ve done? If you found this video useful so far, do hit that like button and also hit that subscribe button alongside the bell icon beside it to turn on notifications so you’ll be the first to know when we drop a new video.