Revealed – The Next Big Altcoins & Airdrops!!

Let’s talk about tokens today. The Altcoins because if we are getting near the end of the bear trap I predicted we currently are in those alts are going to run. Like, run forest run because after the bear trap is mania phase, or my term for it, the last hoorah. So you maniacs can you give me a hoorah? Because it’s time for Chico Crypto! Yesterday it seemed a touch of mania was already beginning! Coinbase late to the party, decided to finally do it and list Dogecoin to Coinbase Pro. And the Coinbase listing effect still had its power.

Checking out the Dogecoin price chart, some explosive moves, which have shot it up by over 51 percent since its Saturday lows. Which got ole Elon tweeting again. In response to Coinbase Pro listing it, he posted (dot dot dot) and a retweet of the meme of the doge storm standard, taking over the global financial system and him saying it’s inevitable.

So, there is a play with Doge still to this day. Just 2 weeks ago, on May 20th Elon tweeted this. How much is that Doge in the Window? With a picture of what looks to be a 1 dollar dogebill, on a laptop, in front of a neon Cyberviking sign. Aka Elon wants to see Doge to a buckeroo as it didn’t hit it when everyone thought it would with his SNL appearance So, what could be coming that would push it to that Dollar mark? Well, remember when Elon tweeted that Tesla was no longer accepting Bitcoin for payments? He also said they were looking at other cryptos that use less than 1 percent of BTCs energy per transaction.

Well, dogecoin fits that bill! It only takes .12 kilowatt-hours consumed per doge transaction, while BTC takes 707-kilowatt hours. That is less than 1 percent. And then there was this, just 3 weeks ago. Elon put out a poll for the public. Asking the Twitterverse if they want Tesla to accept Dogecoin.

Which got a nearly 80 percent YES with almost 4 million votes. In my opinion, it’s pretty obvious a Tesla announcement of Dogecoin for payment is coming and probably coming this Summer. Within the next month or two. And that hype, combined with a rebound in the markets should see Dogecoin relook towards that dollar mark.

Now, moving down the market cap rankings to the most popular and dominant DEX in the space. Uniswap!! We are closing in on the 1 monthly anniversary of the v3 launch of their exchange so it’s time to talk about LP, liquidity pool positions, and how to make it easier on yourself to add liquidity to the exchange.

Uniswap v2 made adding liquidity to trading pools simple..you just selected the pair you want, put equal value amounts of each in, and supplied and confirmed the transaction, receiving an LP token. It was automated for you. You didn’t have to change or set anything.

I’m sure some of you have seen today, what v3 is like there are things you have to set, like the fee, which isn’t too bad but also the one that confuses everybody the price ranges! A minimum and maximum price to create the range. Then going to Uniswap v3 liquidity documentation the team says If the price moves outside of the LP’s specified range, their position will be concentrated in one of the two assets and not earn trading fees until the price returns to their range.

Yeah, you have to keep a close eye on your LP positions, and the price, as if it moves out of your set ranges, you don’t earn fees. You have to be active which the team says in that documentation When making a price range decision, LPs should consider the extent to which they think prices will move over the course of their position’s lifetime and their willingness to actively manage their positions (and all the costs associated with more active management). So for those who don’t know what they are doing or don’t have the time to be so active.

Select the pair you want, altcoin and eth or wrapped eth, and the amount of each. Once that is filled in, you select your sentiment for ETH, are you neutral.. you think Link vs ETH is gonna hodl the same. Are you bearish on ETH vs LINK, or are you bullish on ETH vs LINK? It changes the price ranges for you based on this.

You then set your gas price, and click add liquidity. Much, much, much more simple than setting the ranges yourself within the v3s liquidity interface. So I’m sure you are asking yourself a token?? For Sommelier? Not yet, they put out their product first, and plan to launch the token later. 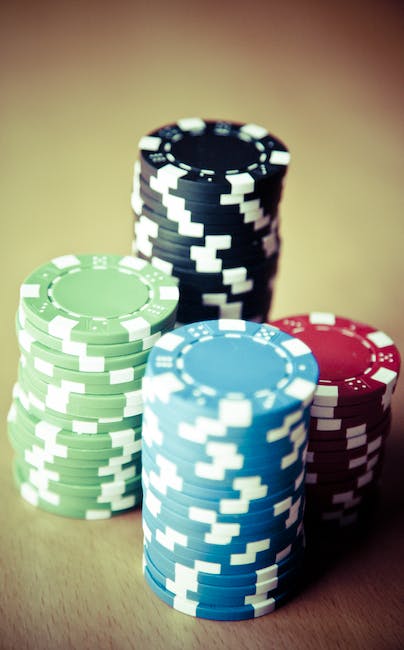 SOMM It’s coming just no official date yet! Definitely, one to keep an eye on though. But speaking of Uniswap LP positions, and automating that leads us right into a sponsored segment of this content, supported by the team over at Peanut, and like always the full details of our agreement are down in the description Jumping right to their website found at peanut. trade, a link for that is down below in the description, we can see what their main selling point is.

They are a DeFi Price Balancer for DEX users to reduce slippage and impermanent loss & the main product is the liquidity balancer. Jumping to that’s landing page, they describe it as putting your liquidity on autopilot and maximizing LP profits.

Very nice they continue. Peanut is the first-ever automated liquidity balancer for Uniswap v3 that concentrates liquidity price range based on real-time market conditions. Basically, this means Peanut will take the complexity out of the price ranges with v3.

They will automatically adjust and move them to the most capital-efficient and profitable ones. Keeping you earning the most fees. instead of those who do it manually, falling out of profitable ranges and the stats are looking good from their initial research. Providing more fees per dollar than just Uniswap v3 alone & manual adjustments.

Besides, automatic adjustments Peanut has something in the works with Curve, they partnered together & Michael Egorov, CEO of curve said this about the peanut solution: The presence of slippage is a huge inconvenience, and can sometimes carry significant risks for DEXs. Peanut provides a great solution to this problem. By using only 10% of user funds in a centralized manner (cross-exchange arbitrage), Peanut manages to achieve significantly higher efficiency of the mechanics and returns for users.

Although ack at their website you can see it’s a waitlist to join, which makes sense, as Uniswap v3 just launched less than a month ago. I’m sure it’s close to being ready so get signed up so you don’t miss the initial launch! But, also releasing soon, to work alongside their v3 product, is another piece of their DeFi puzzle. Peanut FeeNo. Feeno is an SDK that can be integrated into blockchain apps like crypto wallets, DEXs, lending protocols to enable ETH-free transactions and swaps, provide 100% front-run protection, and even can offer a cashback to the app users. Also with Feeno, you don’t need ETH at all, no matter which ERC-20 tokens you send or swap. Yes, others projects and apps can and will use FeeNo to help their own users. One of the first use cases, for FeeNo, will be Peanut’s own products, like the v3 liquidity balancer but since it’s an SDK, others can easily plug it in and use it too.

So if any of this fits your crypto fancy, links for the peanut are below! Now I want to finish this episode off with a bit of crypto alpha leak including an airdrop you might be eligible to claim! So let’s begin with the airdrop this is from Ribbon Finance, and at their website, they say they are a sustainable alpha for everyone, earning yield on crypto assets through DeFis first structured products protocol.

And they have one product out, the yield with 3 other structured products coming soon. And then scroll down to the investors it’s an alpha list.DragonFly, Coinbase, Joe Lubin, and even Kain Warwick So how do you get the airdrop? Well, you have to go to their app found at the app, ribbon, finance, and then in the top right corner, click red RBN, connect a wallet & see if you have any! Who is eligible? A total of 4M RBN was distributed between users of existing options protocols on Ethereum: Hegic, Opyn, Charm, and Primitive.

We talked about Hegic we talked about Opyn you may be eligible! Although if you are, the tokens aren’t transferable yet! So do you want to talk about a token that is trading!? One that I have been waiting to hit the scene for a very long time? Well, Centrifuge’s governance token CFG is finally on Coingecko & its first exchange! And Centrifuge is pushing forward with some BIG news 2 weeks ago, they announced Altair, their Kusama parachain.

And scrolling down to the genesis token distribution you can see 61 percent of AIR tokens, for the parachiain are airdropped to CFG holders. 1 CFG gets you 1 AIR.and with the parachain auctions on Kusama right around the corner this snapshot airdrop is becoming more likely to happen by the day. Chico likes. Cheers Ill see you next time!.