Crypto Things To Watch Out For

We have a problem in crypto a few days ago when i released my scam rewind 2021. Some of the people mentioned in the video got very mad that i included them. They said they weren’t scammers. They had merely promoted a scam, but they themselves were innocent. Now i don’t want to get into who it was because it’s really not the first time I’ve heard of this multiple times.

I’ve heard the excuse from influencers. Hey, i didn’t scam anybody. I just promoted the scam to all my followers. I just didn’t know what I was doing and everyone ended up getting hurt, but that doesn’t make me a bad guy. In other words, the defense is I’m so dumb. 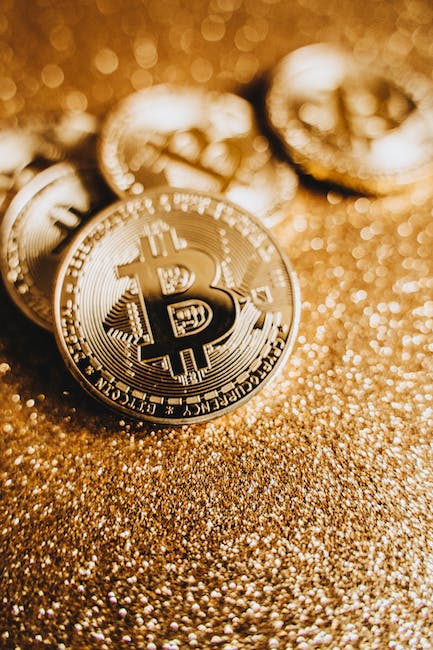 I can’t be held accountable for my actions, sort of like the insanity defense, but for influencers and to some extent that does make sense. Crypto is complicated, definitely too complicated for our lawmakers, who don’t even seem to understand the very basics. Now the number one threat to crypto currency is crypto. Bitcoin could be depl displaced by ether, which could be first placed by dodge. It should be placed by a hamster coin and then there’s cobra coin, and what could coin do to crypto coin?

Wait. I take that back. He does sound like he’s onto something with this mongoose coin and i tell you not to invest in it, but of course people already have, but in all seriousness today i want to begin educating people on how to evaluate new cryptocurrencies. So nobody can tell me, oh i didn’t know it was a scam. Hopefully this will cover some of the basics of some red flags.

You can look for, ladies and gentlemen. Welcome to a coffee, zilla christmas, don’t forget to pump the stock today. Of course we’re talking about how to evaluate stuff. So, let’s, let’s begin with a hypothetical, let’s say my stock market strategy just got killed by twitter and i need to move to crypto. I was insider trading based on nancy, pelosi’s, insider trading and both of us were killing the market, but suddenly my strategy’s gone now.

What do we do? Well, one option is to swing to the other side of the aisle and jump into crypto with candace owens. She says she’s all in this coin, called let’s go branded. Now, if i’m dumb, i would say: hey, that’s a meme. It’S an influencer pushing a meme.

Meme coins do well. I will invest all my money but wait. This is the moment we can flex our investigation skills. What is this coin? Is it a scam, and how do we know it’s a scam before it scams us?

Well, there are some key indicators. I want to explain to you guys about whether something is a rug. Pull or not – and this is not an exhaustive process – this is the bare minimum. You should do. Let’S start with, the promotion, does candace owens know anything about crypto?

No, so it’s probably a paid post and upon further inspection. Even the screenshot itself is pretty dishonest from the picture that was posted. It looks like the coin is ranked 326, but in actuality the screenshot has been cropped very carefully in actuality. The coin is actually ranked in the three thousands, so that’s bad, but next we’re going to talk about how much liquidity does this influencer token have now what is liquidity? Well, most people are used to talking about crypto in terms of market caps and from that you’d see that let’s go brandon has about a 280 million dollar market cap.

Now that sounds great sounds like a huge project, but there’s a problem. That’S not actually how much money is in the project. If you want to know how much money actually protects you from this thing going to zero, we have to look at something called liquidity pulse. I won’t bore you guys too much with the details, because i know a lot of people don’t care, but prices of coins like this are usually determined by decentralized market makers like uniswap i’ll speed up a little bit, because i know i’m boring people um. If we use dextools or dbank, we can basically find that in the case of let’s go brandon, the amount of actual money that is in this project is roughly three million dollars in ethereum.

That’S right, you think you’re invested in a 300 million dollar project in actuality. It’S much closer to a three million dollar project, and why does this matter well, you’re at risk of a rug pull now a rug pool is when somebody who owns a lot of the coins sells it all at the same time and the price craters to zero And now the market, oh, oh, it went to zero and to understand what your risk is. Let’S look at the next part of our investigation who owns this coin. We can find this out by putting in their smart contract into ether, scan and clicking to the holders. Tab which brings us here – and we find out here that the top 100 holders own 97 of this coin.

In other words, most of the holders, are whales, and why that matters is that they can easily siphon off all that three million dollars of value. Basically, at any time like i did some quick napkin calculation and even if just the number one holder who currently holds 22 of this coin, even if he just sells all his tokens, he would walk away with 96 of the total money. And the same is basically true of a lot of these other large holders, so if you’re buying this coin, you’re just sort of hoping that all these people don’t take the money and run and that’s really bad, oh and to add insult to entry, this coin isn’t Original it doesn’t have a white paper and there are 64 other coins currently exactly like it, and so the conclusion well you’re going to get wrecked. If you jump in this coin, probably, and if you’re candace owens you’ve just sold out your followers and sentenced them to near certain financial ruin by promoting this coin as a funny meme to own the libs, the only people candace owens is actually owning. Are the people who buy this now i don’t care if you’re, democrat or conservative, i don’t want to see anyone get scammed.

My point here showing you this is that influencers of all shapes and sizes, political or not are promoting this stuff with absolutely no idea what they’re doing and hurting people in the process for a quick paycheck. But okay, now that you know a lot of these political people are grifting on you. You know the influencers are grifting on you. The last thing i want to discuss is what makes a good project right. What’S positive.

Well, obviously, having a long track record is obviously very good. You also want a large liquidity pool and distributed ownership, so you’re not at risk of a rug pool, and then i think the biggest thing guys. The number one thing at the end of the day is just that these things have utility. Ladies and gentlemen, stop investing in these meme coins. Please they only are getting traction because you guys keep investing in them and it drives me absolutely insane.

I mean look that coin, that we just looked at millions of dollars have already been poured into it, but ultimately it’s one of 64 identical tokens that token is never going in anywhere and at the end of the day guys, you should just only invest in projects That you actually understand and will have a real world value in the future. That’S the only way they will survive so yeah. If you just apply that basic common sense, you’re gon na save yourself a lot of time and money, and the same goes for influencers. If you’re promoting something that’s just based on a meme, you’re gon na wreck, your followers – and you can’t claim ignorance for it guys, you can’t claim ignorance, not anymore. We’Ve already we’ve gone through it now um, so i hope everyone learned something.

I hope that made a little bit of sense just use tools like etherscan dex tools, dbank to try to figure out what’s going on under the hood. If you spend a little time there, you’re gon na save yourself a lot of money thanks for watching. I appreciate you guys and subscribe if you haven’t already we’re trying to save the kids this month, all right i’ll see ya this part of the story.