Let me just say one word for you all.ETHEREUM! Don’t forget, realize that its power in crypto is much stronger than what meets the third eye. This strength and power are really about to go into overdrive throughout the 2nd half of 2021. So much power, Vitalik is going to go from skinny to seriously buff, just like his FATHER!! So Viewers of the tube, am I your father? Call my daddy, because it’s time for Chico Crypto Yeah before we get into the content, that is actually Vitaliks DAD, Dimitry Buterin! There he is with a BABY Vitalik, reading a book.

Good work Dimitry, you raised a fine fellow. Now to answer the question of Why I’m getting all gungho on Ethereum as we turn into July!? London Bridges falling down. falling down. Falling down.

The Ethereum London upgrade is coming…and coming very SOON!! Now first what is so important about the London network upgrade!? Why is this Hard Fork the most anticipated upgrade among the Ethereum community in a really long time? Well, it aims to solve the problem of transaction fees on the Ethereum network.

Which as we know, can be HIGH and very variable…there is really no consistency! Why is this? Well, the Ethereum we all know includes a gas fee in transactions to incentivize miners to include it in the block. These fees are set by the highest bidder model. If the fee is set too low, other users might outbid your gas fee and your transaction may linger in the pool until it expires and is canceled.

This means Ethereum fees are unpredictable and there are long waits unless you pay BIG! So how is this being changed? Well through EIP-1559, the improvement proposal will change the Fee market for the ETH 1.0 chain! And as we can see from the Ethereum Github, this has been in the works for over 2 years now…it was officially created by ETH core members in April of 2019.

So it’s been a long time coming! But what does it do, EIP-1559? Well, it throws the highest bidder model right out the window!! The new model will set fees according to network usage with a variable base fee. This base fee is automatically set by the Ethereum protocol based on usage and demand. The Ethereum network will have a target per-block gas usage, and the base fee increases slightly when it drifts above the target, and when capacity is below the target, it decreases slightly. Because these base fee changes are constrained, the maximum difference in base fee from block to block is predictable.

This means wallets like Metamask & dapps will be able to set FEEs for users in a much more reliable fashion. Users won’t have to decide gas prices, gas limits, high, low, or medium fees. AKA usability of ETH is about to be that much friendlier to the average JOE. That is great news, especially for the number of new people getting involved with DeFi & Ethereum. The learning curve will be decreased significantly with predictable fees. But that isn’t even the BIG part of this upgrade!! The get Vitalik Buff part of London and EIP 1559? That Base Fee is being Burned!! Burn Ether Burn, Vitaliks Inferno! Burn Ether Burn, It’s Going Away Forever Now! Yeah, the Base Fee gets destroyed…the Ether goes into the Ether.

Gone forever, to never return to the protocol again! So how does this work compared to the old model? Well of course we know nothing got burned in the old model…but regarding rewards from the Ethereum protocol. The MINERs received it all. They received the block rewards for securing and processing transactions, but also the transaction fees. They got all of it.

Now with the new Fee Model, of course, the miners are still compensated with Block rewards…but no longer do they get the bulk of transaction fees, those are burned…but the miners can get an optional TIP from users of Ethereum. Wait a tip? What’s the Miner TIP for??? Well, this tip that transaction senders can include, is there to reduce uncle risk, and a miners block not being included, due to extra transactions but also if there are suddenly far more transactions than expected, miners will include transactions with higher tips first, so the fee-based prioritization mechanism still exists as a backup.

Wait won’t this just create bidding wars like what we are still experiencing today!? Not necessarily because the tip level is independent of the BASE FEE, so client implementations can confidently put forward low gas tips and expect their transactions to be accepted in normal conditions, aka 80-95 percent of the time. Normally there is absolutely no incentive to set a tip higher than the bare minimum. 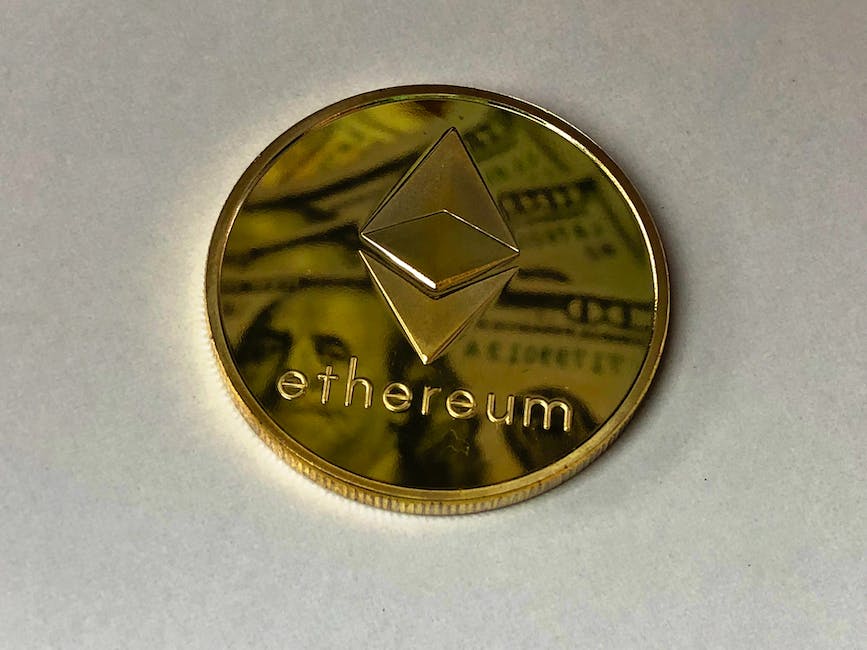 In cases of sudden congestion, aka Ethereum 3 months ago. tips do fall into a bidding war.

There isn’t much that can be done in that case So what does this mean for Ethereum and its asset Ether? Well, this creates a situation, where Ether is ultrasound money. It doesn’t inflate forever like Fiat, new reserves arent being discovered like gold, and its issuance doesn’t go flat like bitcoin.

Eventually, the supply starts to go deflationary. This doesn’t mean the supply of ETH will go to zero eventually, but it will go down! The supply might decrease by 1-2% per year, potentially even more, depending on the usage of the network! So where are we with London? What is the status?

When is it going to drop?? Well it’s possibly coming at the end of this month, and I’m going to get into exactly why…but first its time for a sponsored segment of this content supported by the team over at Glitch Protocol and like always the full details of our agreement are down in the description! So first, what is Glitch? Well, check out their website they say they’re The DeFi Operating System – supporting mass adoption with a blockchain built exclusively for decentralized finance.

How? Well, Glitch created a new Layer 1 Protocol focused purely on DeFi dApps and users with the ultimate goal of becoming a cornerstone of DeFi infrastructure. The power of permissionless applications is unlocked while simultaneously reducing transaction costs and rewarding every participant within their ecosystem. And their layer 1 is built to be fully interoperable with the major blockchains! And they’re not just talking the talk they’re checking boxes off their roadmap and adding new goals and objectives daily.

The latest box was checked a couple of days ago on June 30th with the successful launch of the Glitch Testnet and explorer Here they are able to showcase their industry-leading minimum of 3000 transactions per second ” on the blockchain while maintaining low fees, allowing for interoperability, all while maintaining decentralization and security through their delegated proof of stake model And there are so many more releases coming soon including their browser wallet and the GEX – The Glitch Decentralized Exchange, both of which has been being demoed and trialed as I speak and looking pretty dang sweet and not to mention the release of the mainnet which is looking to happen by August.

(Link #9 glitch browser wallet) Besides the major releases right around the corner…Community is super important to Glitch and they have a lot going on for the community. For both users and developers! If you’re a developer they have some free money up for grabs with the Glitch Grants Program where they’ve committed $2 million towards funding projects that want to build on Glitch, all you have to do is apply.

And for the users they have a ton of opportunities for you too Firstly, they have implemented a Revenue sharing model for all ecosystem participants, everyone, even the users and holders get a share of profits from every single participating Glitch dApps coming soon on July 7 Glitch is launching their Community Advocate Program where you can join in on the community fun and network with the team and others you can also earn special VIP event tickets, Glitch gear, job opportunities and try to work on bounties to earn some of that juicy $GLCH tokens.

So we all know DeFi is the future and Glitch is bringing a laser focus solution to that ecosystem. If your a user, looking to get rewarded or even a developer looking for a development home, which pays you to build…links for everything glitch are below! Now back to EIP 1559 & the London upgrade! So at the end of the month…we are going to have a new fee market model? Are you being serious Chico!? Well last week, on Wednesday, Tim Beiko (core Ethereum dev) tweeted that the first London Block was mined on the Ropsten testnet!

Yes, they got it out last week on the first planned testnet & it’s running smoothly burning away those Ether and basefees. On Ropsten, within the 1st day, more than 85000 Ether was burned! Woah 85 thousand Ether burned a day? Is that what could happen on the mainnet!? No this is Testnet, this isnt real money. So people were putting forward massive transactions, with massive base fees to test it out in the beginning.

Luckily there is a website, watchtheburn.com which lets you visualize the BURNs, and as you can see…only just over 3 thousand more Ethers have been burned since the first day, June 23rd. The burn is leveling out on the testnet But Ropsten is just testnet #1.

There were 2 more planned testnets for this to go live before the transfer to the mainnet. Goerli & Rinkeby. What is their Status?? Well using watch the burn, and switching up top to the Goerli testnet, we can see the BURN is live. That happened yesterday!! So, this upgrade has gone live on 2 testnets in just a week and there is only 1 left, before Mainnet. So personally, since the implementation is happening smoothly on 2 testnets so far, I would expect Rinkeby to happen by next week.

Stress testing will be done on each of the networks for at least a couple of weeks, and according to some of the core Ethereum devs, if no problems are found within the testnets, we could see late July, early August for the launch of EIP 1559 on the mainnet. If BUGs are found, and things don’t go to plan, it could be delayed to late August.

We don’t want that. But Delays are a feature of Ethereum development, not a BUG. If we look to the past! I’m hoping that doesn’t happen, but it’s likely it could drift into AugustIf it does, I’ll be drifting along with you guys, keeping you updated. Cheers Ill see you next time!.